Why a sugar tax? What the UK can learn from Mexico 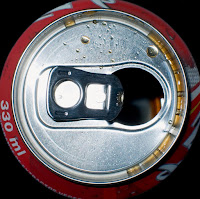 What is planned and why?

In the March 2016 Budget Statement, the UK government announced that from April 2018, it would tax some sugar-sweetened drinks. Beverages will be taxed at one rate for medium-sugar drinks (5 to 8 g per 100ml), and a higher rate for high-sugar beverages (more than 8g per 100ml). Although often described as a 'sugar tax', it won’t apply to all sugar-containing drinks - flavoured milks and yoghurt drinks will be exempt because of their calcium content.

Sugar-sweetened beverages (SSBs) are one of a number of so-called 'discretionary foods' that are high in calories and low in nutritional value. The UK Scientific Advisory Committee on Nutrition describes their consumption as a risk factor for weight gain and type 2 diabetes. Rates of obesity and diabetes continue to rise in the UK, despite initiatives such as the Change4Life campaign.

We do not know how manufacturers and consumers will respond to this new tax. Will manufacturers pass all of the levy to their customers? Will consumers maintain their consumption by switching to medium-sugar drinks or other sources of added sugar?

The tax encourages producers to remove added sugar, promote low-sugar alternatives and reduce the size of high-sugar products. Currently, manufacturers and retailers are reformulating some products, in order to avoid the higher rate of taxation. However, public health researchers argue that in order to maximise the tax’s health benefits, both reformulation and price increases are necessary.

What has happened in other places?

Taxes on SSBs have already been introduced in other countries, including Chile, Mexico, Finland, France and Hungary. Laws approving such levies have also recently been passed in several US cities and states. The Mexican experience has been the most carefully studied, and it seems to be working. Consumption of SSBs (and confectionary) is declining overall, and dropping most amongst lower income groups who were the highest consumers. This decline has probably been helped by public information campaigns and a decision to use the revenue to fund school water fountains. Worryingly, Mexican soda tax advocates recently alleged that they have been targets of spyware attacks.

The experience of Mexico suggests that taxes on SSBs can be used as one of a range of public health approaches – including regulation of advertising and marketing – to reduce consumption, especially amongst the low-income who consume the most. However, reductions are not likely to be large, and may depend on what the revenue is used for.

Ultimately, we have to ask: what do we want this kind of legislation to do? Is it sufficient to raise awareness about the dangers of excessive sugar consumption? Or is it part of a wider debate about who is responsible for public health? Do taxes need to be set higher so that prices increase more and consumption declines faster? Is substitution with diet drinks and bottled water an (environmentally sound) solution? There is little research into why people drink SSBs – is it habit, low cost, a lack of alternatives, poor quality drinking water…? Answering these kinds of questions can help in developing effective public health policies.
Posted by Mason Institute at 12:22