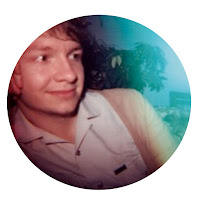 At 2.30pm, on Tuesday, 16 June 2015, members of the House of Commons slotted into the green leather seats at Westminster Hall to debate “access to drugs for ultra-rare diseases.” Numerous patients and their families watched on from the public gallery that is located at the side of the debating chamber, and were reminded not to take photos of the event.

Greg Mulholland, the House of Commons representative from Leeds North West, secured the debate. The forty-five year old member from the Liberal Democrat party has short grey hair and wore a black textured suit, white shirt, and a black with purple stripe British Regiment style tie. He opened the meeting as follows:


I got involved in [this] issue because Katy and Simon, the parents of Sam Brown, a six-year-old boy in my constituency, came to see me… For the past three years, Sam has been doing a 100-mile trip from Otley to Manchester every Thursday to get Vimizim, his enzyme replacement therapy…

In this post I take the 16 June debate as a starting point for describing the manufacture of “pharmaceutical citizenship” and what I call “biomedical nationalism.” I borrow the notion of “pharmaceutical citizenship” from anthropologist Stefan Ecks (2008: 166), who uses the term to speak to “the relations between life-saving drugs and legal, political and social rights”. As Ecks reflects, studying how modes and meanings of citizenship are being recast at the intersection of science, technology and medicine has been fruitful for revealing the recalibration of politics in the age of neoliberal biocapital.

Access to drugs for rare diseases in the United Kingdom is pertinent because the high monetary cost of treating a small number of patients means that these pharmaceuticals do not fit well within a decision-making model that utilises a Quality Adjusted Life Years (QALYs) frame. I identify biomedical nationalism, the performance of patriotic principles in discourses surrounding biomedical and related technoscientific programmes, as a central tactic through which actors seek to secure pharmaceutical citizenship. This performance makes imperative the fulfilment of such issues by coding them as “matters of national concern” while concomitantly reinforcing the existence of the nation as a community. In the Westminster Hall debate, this was done chiefly by comparing access to drugs for rare diseases in the United Kingdom to the availability of the therapeutics in other European nations.

At stake in the debate, and in the treatment of rare diseases in the United Kingdom more generally, is the question of what the nation (and scientific biomedicine) should stand for. Like other nation making projects, fissures and fractures are inherent to biomedical nationalism. This can be seen in the case of rare diseases in the United Kingdom, and in the 16 June debate, where fault lines manifest as a result of a two competing logics.

The first is a civilising logic that renders as backward the nation state that is unable to care for its citizens. This logic is grounded in the present and the values of the Welfare state and aimed toward the immediate deployment of public resources in order to secure individual and national wellbeing. Here is an example, with emphasis added:


“I do not think that letting time run out for those children would be the mark of a civilised Government, when the cost involved is small compared with some other expenditures that Governments make.” - Mrs Cheryl Gillan [Column 44WH]

The second is a neoliberal logic that seeks to harvest and capitalise on the economic potential of biological disease. This logic is speculative, grounded in the future and part of a broader project in which the nation state is run like a corporation – UK plc. as a patients organization representative described it to me. The following example is taken from the response given by The Parliamentary Under-Secretary of State for Life Sciences:


We can use [the NHS’s] research potential—its genomic and clinical informatics potential—as the world’s only integrated healthcare system to drive research into new drugs and bring down the time and cost of developing them. That way we can get drugs tested and developed here, to the benefit of our patients, while putting this country at the forefront of the revolution again.

We need to remember that it typically costs a billion to a billion and a half pounds and takes 10 to 15 years to develop a new medicine. That is unsustainable for the industry and for us. We cannot afford to pay the premium price at the end of patent life that the industry requires. We are leading the global race to put in place a new landscape. I fear that the solution will not come in time to solve the particular funding issue that has been mentioned, either this month or this quarter, or even this year. Nevertheless, we are making rapid progress. We will look back with pride on the UK’s leadership in this field. - Mr George Freeman (Column 53-54WH)

Because these debates take place in a national idiom, the existence of the nation qua “imaginary community” is reinforced rather than destabilised as these competing logics are brought to the surface. Political scientist Benedict Anderson’s (1991) historical account of the rise of the modern nation as an inherently imagined social, cultural, and sovereign community is central to my analysis. Anderson writes that the nation is an “imagined community” because it is not based on actual everyday contact between its members but produced through political technologies such as the census, the museum and mapping. It is through these technologies that patriotism, political projects, and the rights and responsibilities of citizens are produced. We may add to these technologies the parliamentary debate, especially in instances where national pride intersects with political projects. Such intersection is a key element in the production of biomedical and technical projects as “matters of national concern.”
Posted by Mason Institute at 12:16